Parklets are sidewalk extensions which occupy parking spaces, creating community spaces to hang out on, much like front porches or stoops

The city of Boston has been the stage for a long history of experiments with public space. Most notably, the Boston Common is the oldest public park in the country – and perhaps the first public urban park in the world. Originally a shared cow pasture until overgrazing led to a real-life example of “the tragedy of the commons”, the 50-acre plot of land later bore witness to the Revolutionary War, public executions, riots, protests, and concerts. Now, Boston will be the most recent in a slew of international cities to adopt parklets as a means of activating and extending sidewalks into revitalized public spaces.

An increasingly popular tactic in urbanism, parklets are small spaces that often replace two or three parking spots to make way for seating, greenery, and other amenities. Though often permanent, they tend to be constructed in ways that allow for easy dismantling, either to accommodate winter snows or for emergency situations. Started in San Francisco as unsolicited interventions, the strategy has been adopted by other cities as a cost-effective means to improve street life, and have instituted them as official programs. For example, Los Angeles has started an initiative that helps local residents “kickstart” a parklet or pedestrian-only street with help from the city government.

For the most part, parklet programs have been met with enthusiasm by residents, but they are not without controversy –– particularly in their official instantiations. Critics have noted that they are often used more as extensions of nearby businesses than of the sidewalk. For example, the city of Long Beach was the first in Southern California to install a parklet, but it was exclusively for the use of an adjacent restaurant. In cases such as this, a parklet paradoxically furthers the privatization of the city rather than making it more public. Fundamentally, parklets are a neutral tactic that can be utilized for both opening and closing access to shared urban spaces.

The four new parklets popping up around Boston this summer are a program of the Boston Transportation Department (BTD). After an initial pilot program last summer that was met with mixed reviews, the BTD made a call for new proposals learning from the perceived shortcomings of last year’s projects. The two firms chosen– Kyle Zick Landscape Architects and Interboro Partners – got to design and fabricate two parklets each that are partnered with local businesses.

Tobias Armborst, of Brooklyn-based Interboro Partners, explained their attempt to ensure their parklets would both read and operate as public spaces, rather than extensions of businesses or means to commodify place. “Many of the existing parklets (in San Francisco and elsewhere) look like they are the outdoor terraces of the adjacent cafes or restaurants (who typically also maintain these parklets). We wanted our project to look decidedly non-domestic, like a piece of DOT street infrastructure, to make it very clear that this is the property of the street, not the adjacent business.”

The Interboro designs – dubbed “ad-blocs” – achieve this by formally referencing so-called “Jersey Barriers,” the modular concrete or plastic barriers that are used to separate traffic lines. The ad-blocs consist of similarly modular plastic blocks that can be stacked and combined to form many different settings. Like giant Lego bricks, the ad-blocs have raised and depressed components that let them lock together. Alternatively, the depressions can be used as planters.

Armborst explained that the designs were informed by the restrictions of the program as well as (many) city regulations. For example, no component of the parklet could be more than 50 lbs, the maximum amount a city employee can be expected to lift. Therefore, the ad-blocs are built out of a light-weight plastic so that they can be put in place with only two workers but later filled with water so that they are heavy enough to withstand a car. Since the pieces were rotationally molded, it was important to have only one modular design which could be cast many times to keep costs down. Eventually, Interboro plans to launch a website that will make the ad-blocs available for purchase to other cities. In so doing, the project has the potential to be a low-cost solution for cities who want parklets but lack the funding to hire an architecture firm.

Interboro’s parklets are an exciting new part of the development of the parklet typology. Rather than continuing the cooption of bottom-up, tactical urbanism for the sake a commercial interests, Interboro seems to be carving a middle ground that could be a template for other architecture practices and local governments, combining the open-source and flexible strategies of urban interventions with the official support and resources that are largely exclusive to established firms. 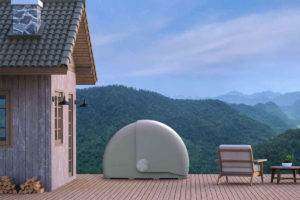 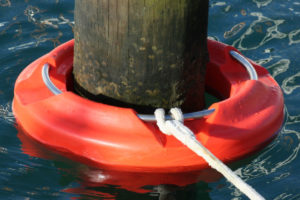 Ever had to lasso a piling with a dock line while backing into a slip? Ever show up to the marina to